Building a table with a Powermax45 XP

By Hypertherm
Posted on 12/02/2016 in SPARK the blog, Plasma cutting
SHARE THIS

For this year's FABTECH show in Vegas we (Hypertherm) needed a couple of downdraft cutting tables. We wanted the tables so we could conduct live demonstrations of the Powermax45 XP and let attendees do some cutting, gouging, and marking of their own. Since we waited too long to farm out the fabrication of these tables, I volunteered to design and build them in my shop.

First, I pulled my trusty Powermax85 off my CNC machine (PlasmaCAM) and installed the Powermax45 XP. It was plug and play; unplug the interface cable from the rear of the 85 and plug it into the rear of the 45 XP. As far as torches, I used the Powermax85 Duramax mini-machine torch. Again, I just unplugged it from the 85 and plugged it into the 45 XP. What better tool to cut all of the metal panels, brackets, gussets, etc. for a Powermax45 XP demo table than the 45 XP itself?! I even used the system for marking as you'll see in one of the photos below.

The table I built has the following features:

I tested both units in my shop, then trucked them over to a Hypertherm warehouse for shipment to the FABTECH show. I'm happy to say both tables arrived in Vegas in great shape and performed perfectly throughout the show's three days.

In addition to the two hand cutting tables that I built, Hypertherm also used a Powermax45 XP on a CNC table that I built last summer for live mechanized cutting demos. That table also saw lots of action. Now for the photos. 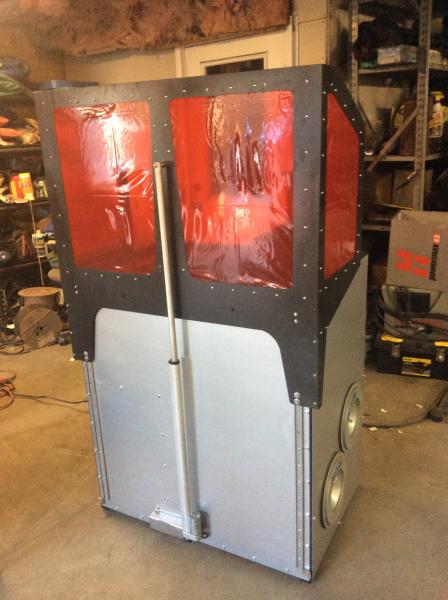 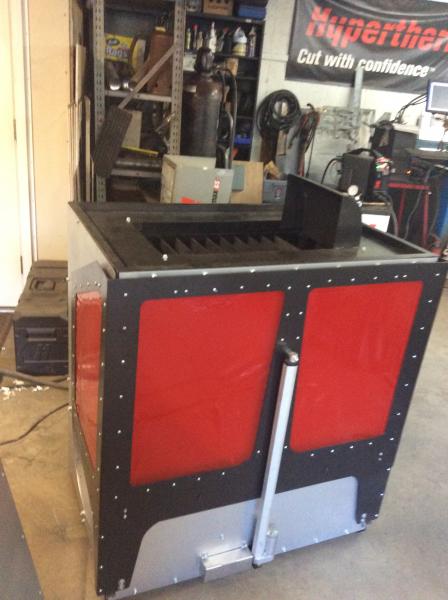