Patented FlushCut™ consumables have been specifically designed to allow Powermax users to cut attachments, lugs, pad eyes and other positive features as close to the base as possible without piercing or damaging the workpiece. An angled nozzle bore design and flat guiding shield enables flush cutting that leaves less than 5 mm (3/16”) residual material on the base or work piece, reducing grinding and secondary repair operations.

FlushCut consumables can be used in both mechanized and handheld applications on the following Powermax torches and systems:

Note: FlushCut consumables are not compatible with Duramax® retrofit torches. 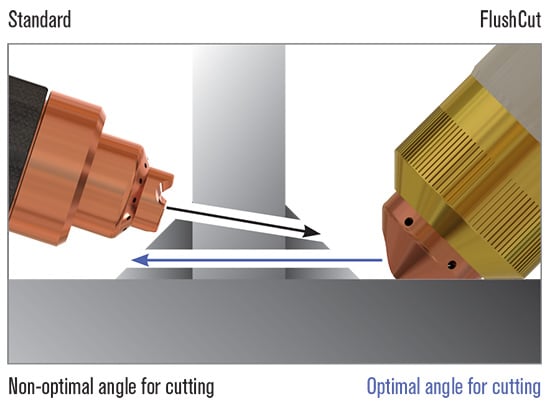