Part 1 – If you don’t know what X-Definition plasma can do, you may be leaving money on the table

It’s been one year since the introduction of X-Definition® class plasma and during that time the technology, exclusively found in Hypertherm’s XPR™, has been demonstrated at countless venues – from trade shows and open houses, to events hosted by cutting machine manufacturers and integrators. A characteristic response among many of those seeing the XPR in action is: “I didn’t know plasma could cut like that.” What is interesting about this comment is that often it comes from a seasoned fabricator with one or more laser systems in their shop, or someone about ready to purchase a new laser system.  And, what’s even more interesting, is that in more than a few instances, this realization saved that fabricator hundreds of thousands in initial capital costs and ongoing operating costs, when they ultimately decided to purchase a high-end cutting machine equipped with X-Definition, XPR plasma.

Modern vs. conventional plasma - no comparison

There are several reasons why so many people are surprised by the edge quality and fine feature capability that modern X-Definition plasma can deliver. First and foremost, they may never have seen a modern system perform on a modern cutting machine capable of precise motion. Plasma systems and the cutting machines they operate on are, as a rule, industrially robust. It isn’t unusual to come across installations made 10, 15 or even 20 years ago. Their reference point is plasma from 3 generations ago. Comparing an older, conventional plasma system, even if well maintained (which isn’t always the case), with the X-Definition class plasma of an XPR system is like comparing the handling of a 1980’s family mini-van with a modern, high-end sports sedan, which is to say, there is no comparison.

A second reason is that even if someone has seen a recent high-definition system, performance may have been suboptimal. This could be because the cutting machine did not have the right motion and/or deceleration-acceleration characteristics. Another possibility is that while the system might have started out delivering high-performance results, over time, performance may have degraded due to lack of proper maintenance or ongoing training. Plasma systems and the cutting machines they operate on are robust and fairly low maintenance industrial tools, but they are not maintenance free. No industrial tool is. Degradation is slow and people may not even notice that the cut quality they saw when the system was new is a far cry from what they are getting now.

Unfortunately, as mentioned at the outset, not being fully aware of what the latest technology – in this case, X-Definition plasma – can deliver may cost a fabricator a lot of money in both upfront and ongoing operating costs. Laser cutting clearly plays an important role in modern metal fabrication, and there are certainly applications where it is the preferred cutting method, but there are many plate applications in which a lower cost plasma solution, especially in light of recent technological breakthroughs, is more than capable of producing the desired results – at a cost that is substantially less.

Are you ready to see what today’s X-Definition plasma can do? If so, contact us today.

Editors note: This is the first article in a three part series. 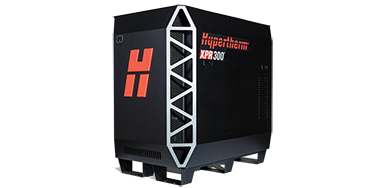